In the first of a new series, we meet business leaders across the capital. This week, we talk to James Bailey, Chief Executive of Henry & James about his passion for property, secrets of success and time in California.

Q: Where did you grow up?

A: I grew up in Bath, Somerset where my father owned a well-known restaurant for many years. The Hole in the Wall was one of Britain’s first restaurants to be awarded a Michelin rosette. It was a huge success, attracting both Bath residents and tourists. I could have carved out a career in the catering business, but it was not for me. After being Head of House at the local school, then studying art at Bath College, I decided that education had run its course. It was time to leave the beautiful Georgian city to start a new life in London.

Q: Have you always worked in property?

A: I managed three Benetton stores when I first arrived in the capital.  The company wanted to expand, so I helped them achieve that goal. Interestingly, Henry & James let the Knightsbridge store to the brothers who founded the Benetton business. I only discovered this recently, but from an early age, I had a connection with Henry & James.

Q: How did you get started in the property world?

A: Property has always been in my blood. Growing up in Bath, I was surrounded by the honey-coloured stone buildings, full of charm and character. This must have influenced my decision to live and work in London.

I explored the idea of becoming an estate agent in Twickenham. Yet when I arrived at the estate agency, the position had already been filled. Nevertheless, the director said he would interview me. A five minute chat turned into a half-hour interview, where a new position was found to take me on-board. This was a career changing moment in my life.

Q: Were you successful at first?

A: It took a couple of days to get settled in, but in week one, I sold one property. In week two, I sold two properties, then in week three, I sold three further properties. The director who initially interviewed me, proved to be a friend and mentor. He took me under his wing, and later recommended me for a future role. It was a lucky break that I will never forget.

At the age of 18, I moved to Knightsbridge to work for another local estate agency. I brought new ideas to expand and grow their business. This was a successful time, meeting clients and building contacts across south west London and around the world.

Q: Has your role ever taken you overseas?

A: An opportunity arose to learn the real estate business in the US. Within the first week, I assisted in the sale of a $6m Californian ranch. This was an advisory role, where I fitted into the local community. I loved my time there and eventually bought a red mustang to tour the country.

Later on in my career, I worked in the Far East. Forty-three candidates were interviewed for the role, including one of my best friends. I landed the position and went on to work in Singapore, Hong Kong and Kuala Lumpur. Clients were interested in purchasing UK investments and in particular new developments. My role was to find them the best properties.

Q: Why did you return to the UK?

A: The timing felt right and property prices were on the rise – I returned to work in London for a well-known brand of estate agents as a negotiator. The company took a very active interest in developing and growing their employees. I would hit targets, trouble-shoot and went on to open new offices in both Kensington and Notting Hill. This experience proved invaluable for my time at Henry & James.

Q: When did you join Henry & James?

A: I was lucky enough to meet Pierre Brahm, Chairman of Henry & James, who offered me the position of Head of Sales in 2009. We got on well straightaway. The company was perfect, too. A family-run business, where I could communicate with the directors to make decisions to shape the current and future business. We competed on quality not quantity, relying on recommendations, sound ideas and looked after our clients, as well as staff. Today, that philosophy is just as important as it was in 2009. We have a tradition of trust.

Q: When did you become a director?

A: I was the first person outside the family to become a director of Henry & James in 2013. I had to prove myself then and still prove myself now. I start at 7am each morning and don’t take my foot off the pedal with our conscientious and professional team, based in our original Motcomb Street office in Belgravia, SW1X.

Q: What qualities have you needed most over the years?

A: Proactive and progressive thinking: the world is always changing and you must change with it. We embrace digital marketing and new ways of thinking at Henry & James. We never stop learning. With 30 years of experience, I take the best parts of businesses and apply them for success.

Empathy: the ability to communicate and overcome any issues.

A Peter Pan attitude plus a sense of humour: life/work should be fun and enjoyable.

My ethos is simple: be happy, hardworking and honest.

Q: What is the cheapest and most expensive properties you have sold over the years?

Q: What is the fastest you have sold a property?

A: I sold one property in half a day. The viewing was at 8am, followed by an attended exchange and we signed contracts over coffee with the solicitors. It does not often happen, but it can certainly be done when clients wants to move at lightning speed.

Q: Any famous clients over the years?

A: Yes, plenty. But I treat everyone exactly the same, whether they are Hollywood actors, F1 drivers, Premiership footballers, billionaires, or someone looking for their first home. Everyone is treated with the same level of respect as you would expect.

Q: What is the most valuable thing you have learnt over the years?

A. Listen to people.

Q: Any advice for anyone who wants to work in property?

A. If you are going to carve out a career in agency then you need to work exceptionally hard. Agency is a wonderful life where you are not tied to a desk 9-5 and are always meeting the new people. The rewards are well worth the effort. 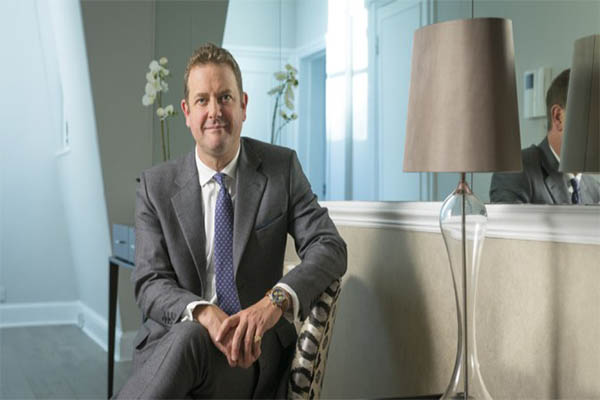