Budget 2015: Britain is back on track

Chancellor George Osborne’s 2015 Budget was welcomed by the chief executive of Henry & James estate agents. “I think this is a very positive Budget. It sends out a message that the UK is back on track," says James Bailey, the chief executive.

The uncertainty that we have seen in the months of January and February should now dissipate. I think there was an element of people being frightened in the run-up to the elections, particularly by talk of a mansion tax being imposed.

“Now, though, this will stimulate foreign investment, of that there is no doubt. There will be more Russian, more Chinese buyers,because the fact is, the whole world invests in London. “What I enjoyed hearing was that, far from falling by the wayside, we are now competing with Germany; we should be proud of that. The figures talk for themselves. It’s great that we have advanced faster than any other economy, and that our trade deficit figures are the best they have been for 15 years. Those are massive steps in the right direction,” he says.

“What I’m very interested to find out, though, is exactly what changes are going to be made to the inheritance tax rules. At present, you can work hard all your life, only to find that you can’t hand on your house to your children, because the money all gets gobbled up by the taxman.

“I’m not sure that the help-to-buy ISA scheme (you save £200 a month, the government puts in £50) is going to make a lot of difference in the housing market, but it’s a step in the right direction. “This Budget certainly ticks a lot of boxes. It’s a bit of a budget for Everyman,” he concludes.

The chief executive’s seal of approval will no doubt be echoed by buyers who may have been holding back until now. 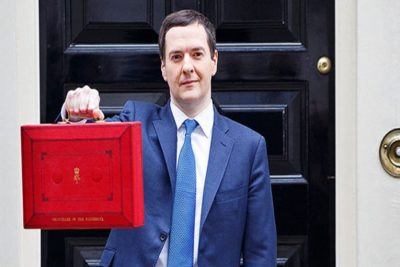