Emma Samms rose to global fame as one of the leading stars in Dynasty during the Eighties. She is still dining out on it and is hosting a new television series on the ID Channel this month. London-born Emma is a regular visitor to London.

How did you get started?

I started as a dancer for the Royal Ballet School, but stopped after an injury at the age of 15. I tried modelling despite being 4” too short, then ended up acting, after being cast as the female lead in a major film at Pinewood Studios at my first audition. Arabian Adventure was an incredible movie with a star-studded cast: Christopher Lee, Mickey Rooney, Peter Cushing and Art Malik, whom I also worked with on Holby City.

You starred in Dynasty. What were the highlights? Would you do it again?

The final season was the best, where my character Fallon was more interesting. Not just a nutty spoilt brat, but she had more depth to her. I really enjoyed this season. I also worked with Ray Abruzzo, who is an incredible actor and went on to star in the Soprano’s. The producer rang me and said: “I’ve got a present for you – his name is Ray Abruzzo. Here’s his number, I want you to meet him before you start filming together.” He had never done any on-screen kissing or bed scenes before, so I had to explain the rules.

What was your favourite role over the years?

Holly on General Hospital, in the early days. She was more fun to begin with, then she slightly went off the rails. I have been fortunate to play this character for 30 years.

What would be your dream role?

Directing something with a big budget, so that I could pay people properly.

If you were stranded on a desert island, what three things would you take with you?

My Clarins moisturiser, a hat and photographs of my children.

Who and what inspires you?

My dad, he was one of the most philanthropic and hard-working people. He was supportive of young people, too. And my mother, for allowing him to be that way. He died 17 years ago, but continues to inspire me today.

My home now, but without the woodchip. It’s old and full of character.

Do you have any favourite architects or interior designers?

Kit Kemp, who founded the Firmdale Hotels such as the Soho Hotel. I love the quirky features in each room, the way she mixes old with new, plus her vivid use of colour.

I also love Wotton Auction Rooms in Wotton-under-Edge, Gloucestershire. I like the integrity and eccentricity of the pieces. It is a real treasure trove.

Where do you prefer living, in the US or UK and why

The UK, as long as I can still visit the US. I prefer it here because it is a kinder place to be. The UK looks after its people better. I know it is not perfect, but the NHS is spectacular compared with the US system. There is a more successful melting-pot here than in the US, too.

What new projects are you working on at the moment?

I’m fronting a fascinating series called Behind Mansion Walls on Investigation Discovery. It looks at re-enactments of crimes that happened in the States and the UK. I have also finished a short film “The Law of Moments” which I wrote and directed.

Any advice to young hopefuls who want to break into acting?

Do it for fun, but don’t put all your eggs in one basket. Keep the day job until you are self-sufficient. 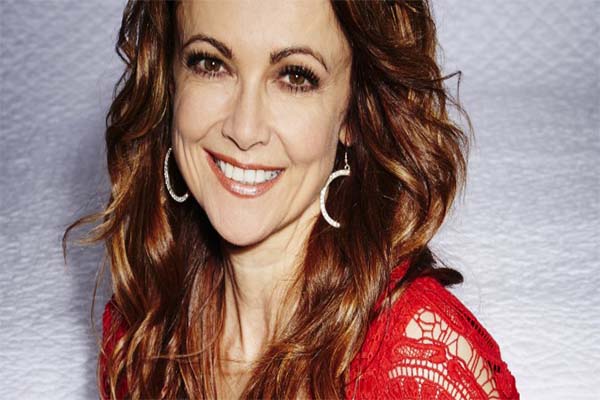