What I have learned by running for London Mayor

Alison Cork is an entrepreneur, writer and broadcaster. She founded the Alison at Home Group and has lived in Belgravia for 15 years. The successful business woman ran as the Conservative candidate for London Mayor, reaching the semi-finals, but recently discovered that she has not been appointed as one of the final candidates. Things move fast in the world of politics. Here Alison shares what she has learned by running for Mayor of London.

Q: How long have you lived in London?
A: I was born and bred in south east London, Bexley. I have lived in London for more than half a century. I love our capital’s great history and heritage.

Q: What do you need to become the London Mayor?
A: You need to be tenacious, resilient and have a genuine interest in people. I am very curious by nature, so my favourite part is always talking to people on the street, the people ultimately that you are representing. The job of Mayor is also all about the team you have behind you, as there are so many issues you need to address in parallel, whether it be crime, housing, transport or the future of London, post-Brexit.

Q: What was the process to become the London Mayor?
A: There were several layers to the process. Forms were filled in, sifted and evaluated. Interviews were carried out along the way with a final interview in front of more than 20 people. I really gained a lot from the experience, and enjoyed it. It was a fair and positive process.

Q: What were the other candidates like?
A: There were about 10 candidates from a wide variety of backgrounds, including MPs and councillors. It was a truly diverse list, of which four were women.

Q: What have you learned from running for the next Mayor of London?
A: I learned that I hugely enjoy politics and have a lot to contribute. I would very much like to be involved in politics going forward. London has defined me as an individual, and I have a lot to give back. The capital has never had a female mayor – it’s the next domino to fall.

Q: If you became the Mayor of London, what would you do?
A: Any strategy should include some quick wins and longer-term planning. Being the Mayor is not all about being popular – it is about making things happen. If you wake up in the morning wanting to be popular, you will make the wrong decisions (I’m paraphrasing Margaret Thatcher here!).  If I became Mayor, I would strive to reduce knife and gun crime, getting weapons off the street, as a top priority. Get the police back in front of the people they are protecting: it is all about communication, so I would task the 30,000 police to knock on people’s doors across the capital, meeting, talking and forming a connection with the people they are there to protect. If each London Bobby knocked on two-three doors a week, we would have covered every household in London within a year. Think of the impact that could have.

I would also increase community centres to get kids off the streets, too. These are some of the areas that I would tackle to make London an even better place to live and visit.

Q: What made you stand for Mayor?
A: Several things made me stand for Mayor. I believed I could make a real difference with my energy and drive. Along with my business credentials, I felt I was suited for the position. I really love being an entrepreneur and love politics. Sometimes your friends know you better than yourself. It was not until my friends mentioned it that I decided to put myself forward. It was a process of realisation. I had a lot to offer by harnessing my life experience with a love of business and an appetite for public office.  You’ve got to want it. It’s not for everyone.

Q: What surprised you most?
A: As I got further into the process, and during my research, I became so immersed. I was surprised how much I enjoyed it. I found myself wanting to do the job, to solve problems and run for mayor to make a real difference in London.

Q: Any other ambitions in politics?
A: My short-term to medium-term ambitions are to encourage women into entrepreneurship. I launched www.makeityourbusiness.co.uk this year for women who want to start their own businesses or are looking for inspiration, networking opportunities and advice. We have already run 37 seminars across the country. This is just the start. We will be appointing local champions to grow the network.

Q: Who do you think will become the next Mayor?
A: It’s a bit early to tell, but Sadiq Khan is eminently beatable.

Q: Would you run again?
A: Absolutely.

Q: Any tips for anyone thinking of applying for the job?
A: In my opinion, the London Mayor campaign will be fought and won on crime. However, anyone thinking of running for Mayor should focus on the issues that concern people the most: crime, housing, environment and business. Get out on the street and meet people. Listen and be proactive, but importantly be authentic. All in all, a bundle of energy is key, so eat breakfast everyday – you will need it! 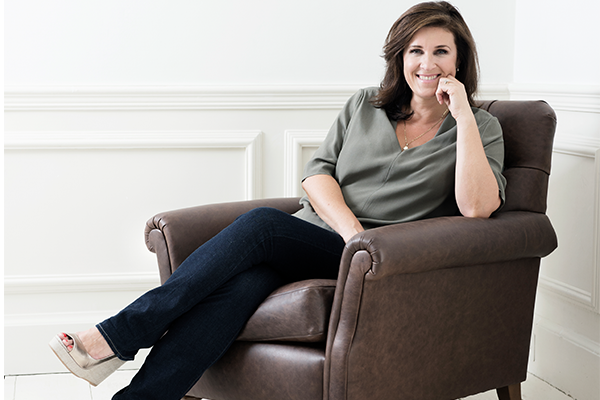